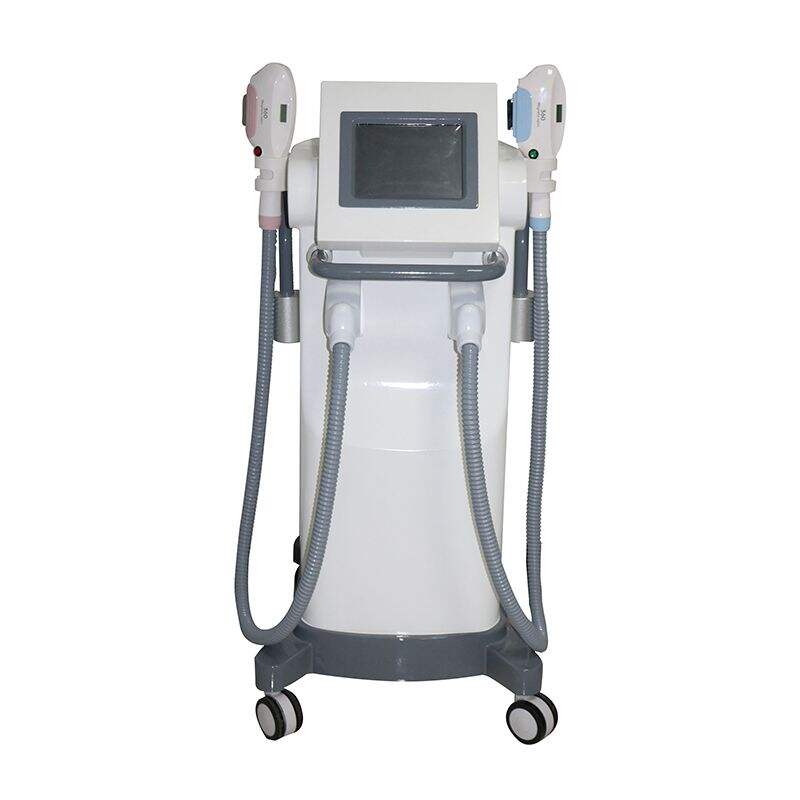 Ⅰ Product overview
Traditional optical instrument freckle removal adopts a principle called light pyrolysis principle. 360 magneto optical cleansing system freckle removal principle is divided into two parts, one is IPL pulsed light pyrolysis principle, the other one is the strong magnetic energy, which is currently the only device perfectly applying the magnetic energy onto medical cosmetology in the beauty industry. It broke through a medical problem that the penetration ability of magnetic energy is very strong, and it can activate and peel the melanocytes cell adsorbed on the cell wall of the deep layers of the skin, and the melanocytes cells are stripped to the skin surface and instantaneously gasified and blast by IPL intense pulsed light, and through the body surface skin’s metabolism, the other part of blast small molecules of melanocytes cells are discharged in vitro through metabolism of lymphatic microcirculation.

360 magneto optical cleansing system adopts the core patent of “magnetic energy optics principle”, and it can effectively act on melanocytes cells, eliminate the formation and proliferation of melanocytes cells and can completely activate and strip melanin in the cells. The melanin pigmentation on the basal layer and the upper layer can be significantly reduced and improved.

Melanin activity is effectively suppressed, the quantity is reduced, and the colored patches begin to fade; skin background becomes gradually uniform, gloss increases, and there is a certain degree of fineness.

The melanin is discharged out of the skin in the free state, the pigmentation is obviously eliminated, dull skin is improved, and the skin color is obviously brightened, gradually becoming whiter.

360 magneto optical system cleansing system has got the global instrument industry’s highest certification standards, the United States FDA certification and the European Union CE certification, and has got the clinical cases of millions of people in the world!

At present, 360 magneto optical system cleansing system is the most perfect and systematic high-end instrument in the world to solve the pigment on the human face! It can completely solve the pigment problems with lasting effect!

360 magneto optical system cleansing system’s effect can be described with magic. And the effect is lasting. Millions of customers are the witnesses. If you have some problems about 360 Magneto Optical Cleansing System DR-006, or want to know more details about Desktop Function Beauty Machine, Skin Care Machine,Ultrasonic Beauty Machine,Facial Steamer,Oxygen machine,etc. Welcome to contact us!

Looking forward to your inquiry.